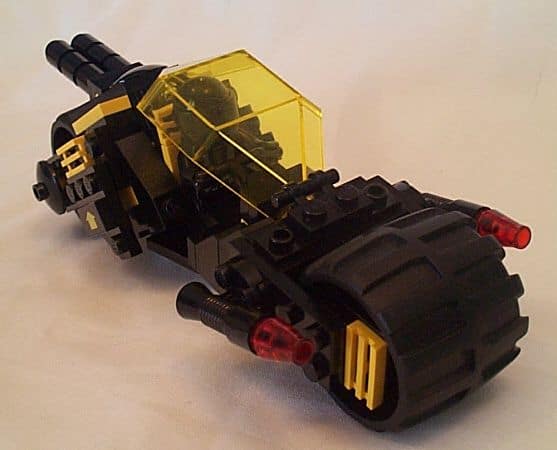 Does it surprise anyone that Blacktron Industries would be involved in something as quasi-legal as the Turbocycle League? Owing to the amazing success of the Eliminator in the Top Fuel circuit, Arvadus Klimsch once again authorized the Blacktron Internal Vehicle Design team to come up with a winning concept. Their efforts yielded the Aggravator. This bike has an undisclosed powerplant (Blacktron Industries values its trade secrets) and sports a pair of blasters mounted on either side of the front wheel. Many Turbocycle Racers don’t like to use offensive weapons against their competitors, but Blacktron Industries isn’t saddled with such morality. They are out to win. Pilot Sivon Altomis controls the Aggravator and drives it with skill and dexterity, and just a touch of bloodthirstiness that all Blacktron Soldiers seem to possess. The characterless smile of the typical Blacktron soldier really creeps out many of the other riders. 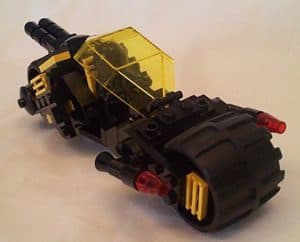 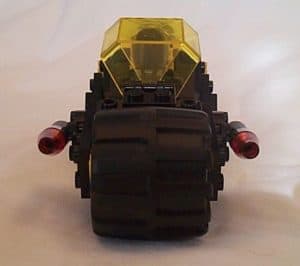 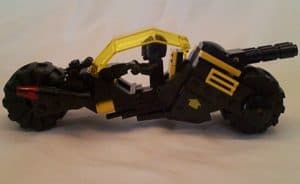 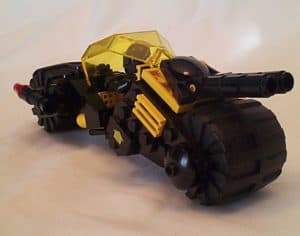 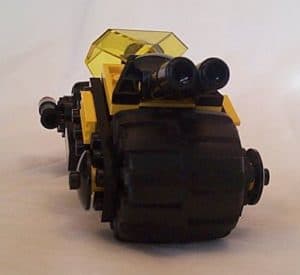 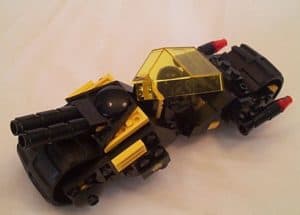 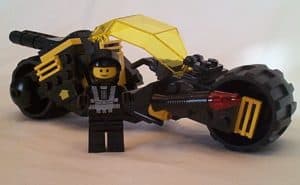