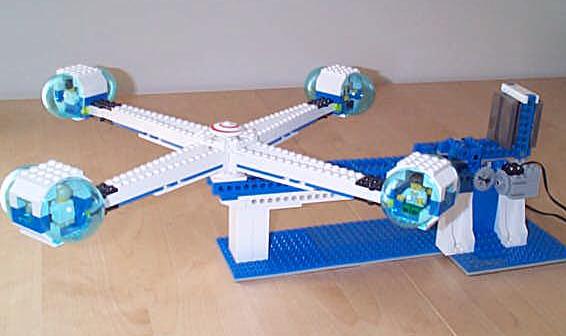 Centrifugal Psychosis is a wicked spinning ride, much like the Witch’s Wheel at Cedar Point in Sandusky, Ohio. It has four cars, each of which can carry two people. The cars are loaded in the horizontal position. After the ride spins up to full speed, which is obscenely fast, it then raises and spins in the vertical direction for a while. Barf bags not included.

The Motors The ride is fairly simple. It is controlled by two motors. The first motor controls the spinning part of the ride through a couple of right-angle gear combinations and a few connecting rods. The second motor controls the lift arm. It is geared down significantly in order to have enough power to lift the arm. most of the transmission is concealed within the side of the mechanism, but you can see one of the gears at the base of the structure, as well as the chain drive sticking out the top. The large gear, mounted to the lift arm, is on the same axis as the rod that controls the spin, thus both motors can be spinning at the same time. Even with the geardown, a counterweight (the metal block that can be seen on the end of the liftarm) is required to make the ride operate correctly.

The Passengers The ride accomodates 8 passengers at a time. There are two people within each cabin. The cabins are designed for high visibility, with large domes at either end and a large window in the middle. The cabins are loaded via a loading platform. This platform has a movable plank that swings into place and out of the way as each car rotates into place. 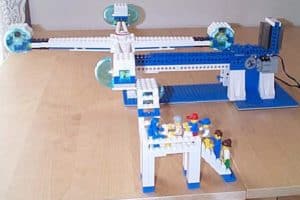 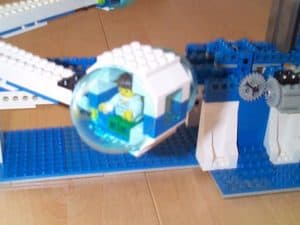 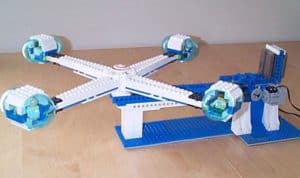 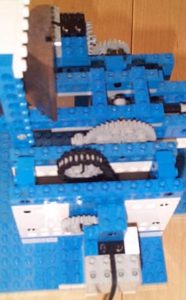 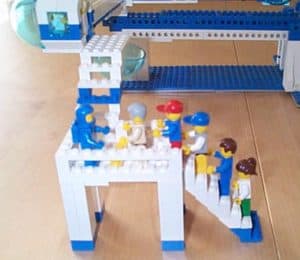 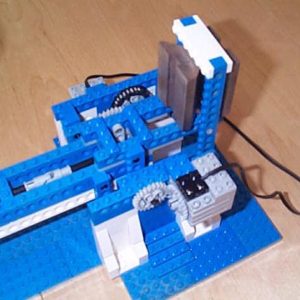 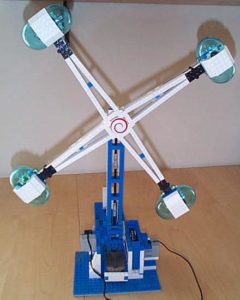