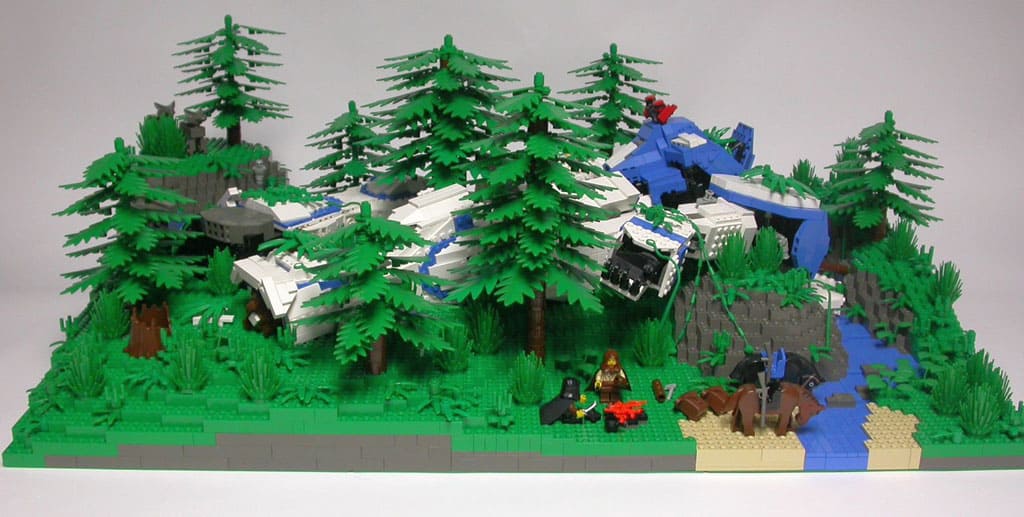 The war was devastating, but the planet lived. The population was decimated, and those that survived had no interest in the technology of war. It could have been 50 years or 500 years since the war ended, and nature has begun to reclaim the old weapons of war.

From Dust to Dust.

The mech defended its outpost in the forest for as long as its pilot could hold out. When the foot was lost, he fought on until the reactor failed. And then he fell, and the forest slowly, surely began to creep inexorably towards reabsorbing it.

The nomads stop for camp at the stream, as uninterested in the remains of the mech as the deer taking refuge within its foot.

The mech is based on Brian Cooper’s Teknomeka instructions. 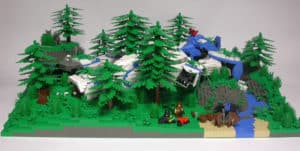 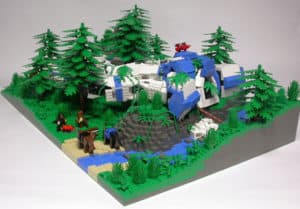 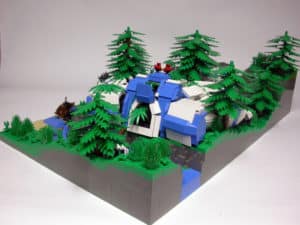 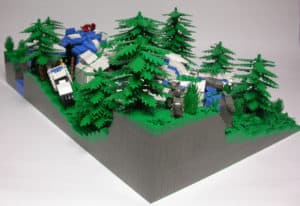 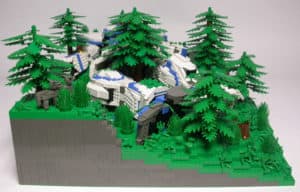 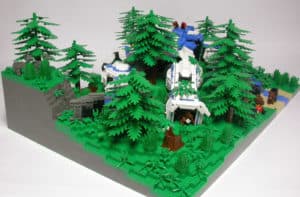 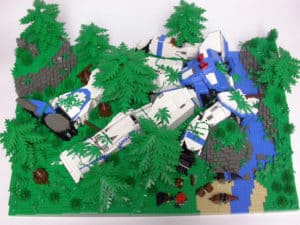 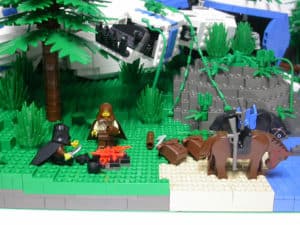 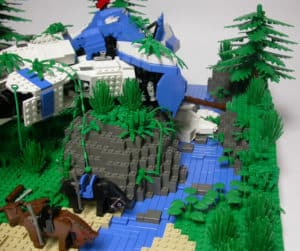 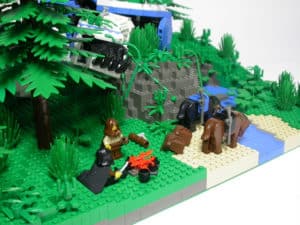 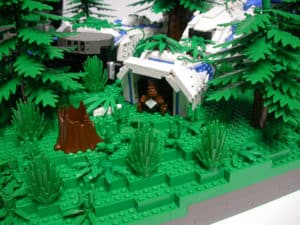 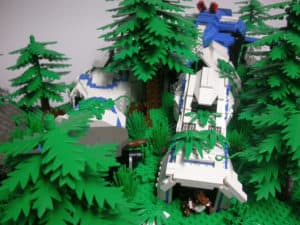 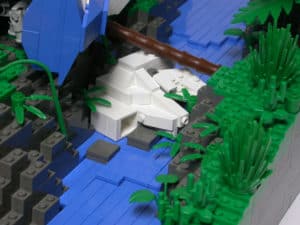 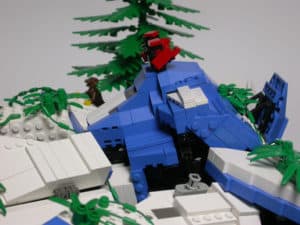 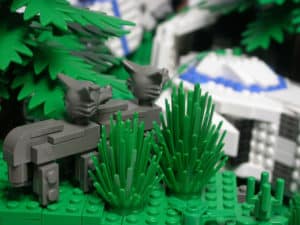 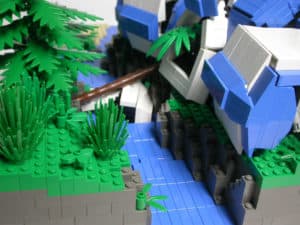 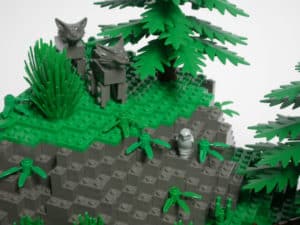 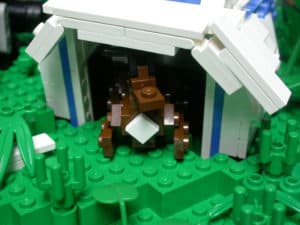