The Fright Knight Flight is a spinny ride, with 6 separate arms. Each arm has a dragon on the end. Each arm raises and lowers at different times as well. The entire unit also spins around. The main components of the assembly are the lever arms, the planetary gear train, the base assembly, and the powertrain. I’ll explain each of these now.

The planetary gear train is the coolest part of this project, and what makes the whole thing work. The center gear, the sun, is attached to the ground and does not rotate. Around the sun are 6 planet gears. Each of these controls one of the arms.

The base is what ties the 6 arms and the gear train together, and also provides an interface between the ride and the motors attached to the ground, where the powertrain is located. There’s a bunch of structural stuff that ties this all together. At the base is the poor gear that I had to modify to make work. The reason I had to modify it was because of the fact that the planetary gear train is attached to the ground. To provide somewhere for the motors to attach, I needed a gear. But it couldn’t attach to the center axle that was in turn attached to the sun. So I drilled a hole through the gear and attached it to the base using those 1.5 long grey peg thingies. It’s heresy to modify LEGO, I know, but sometimes you have to do things in the name of creative vision…

The powertrain is made up of two technic motors running in parallel, attached to the poor hacked gear mentioned earlier. The motors are attached to a base plate. The attachment assembly surrounds the axle that attaches to the sun gear. 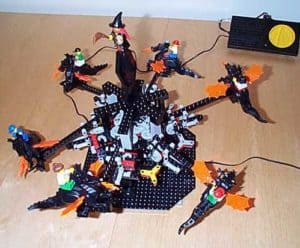 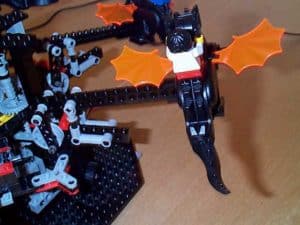 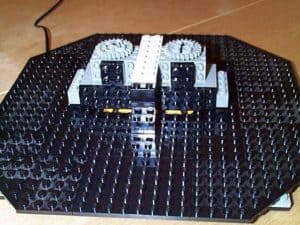 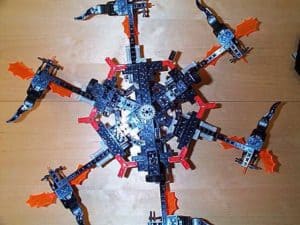 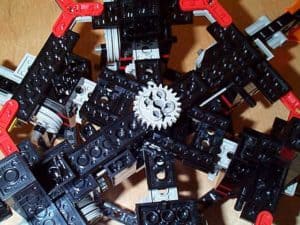 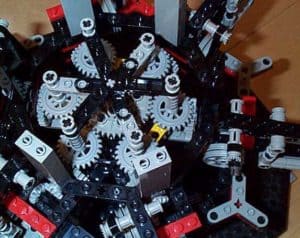 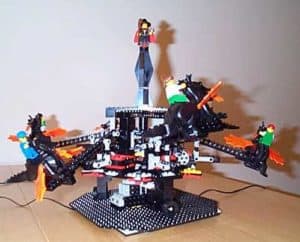 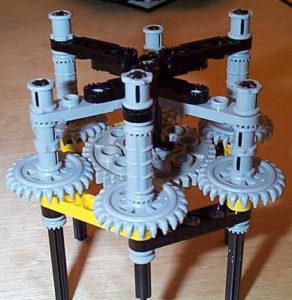 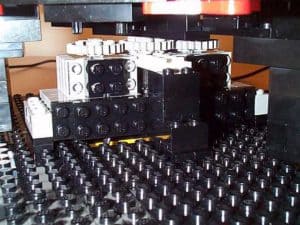 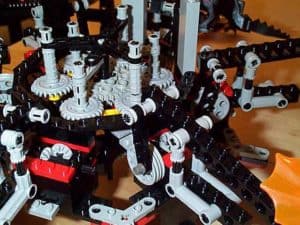 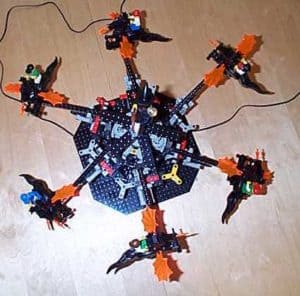 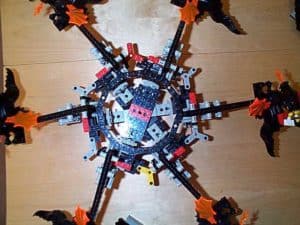 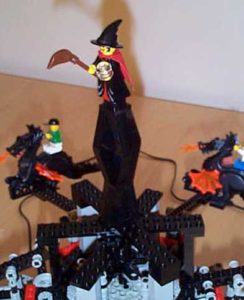