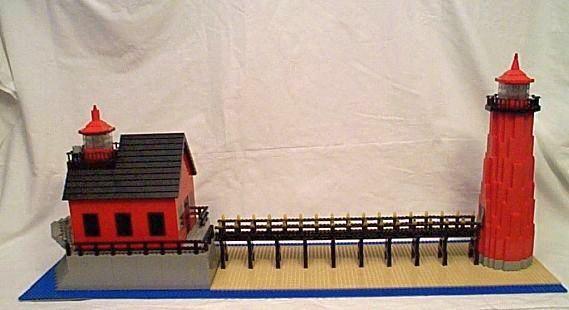 I was asked by the director of a Children’s Museum in Grand Haven, Michigan, to design a sculpture that they would then display in their museum. This is a prototype of my first work for them, to gauge interest on both parties.

The Grand Haven Lighthouse is two structures, a traditional lighthouse tower that’s 51 feet tall, and an outer building with an additional light. The outer building also has a unique ship bow looking shape to it that is used to break the waves during large storms. This project was conceived and built on a very quick schedule. From concept to completion was less than 24 hours. As such, I had to make a few compromises on the design that I would fix if I had a little more time. 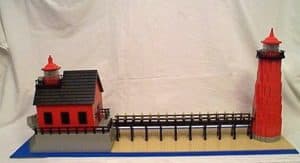 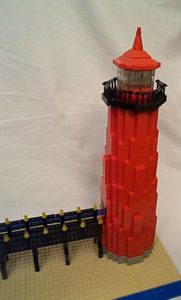 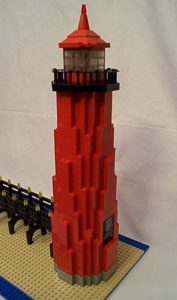 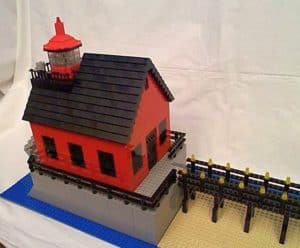 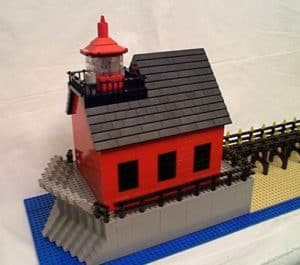 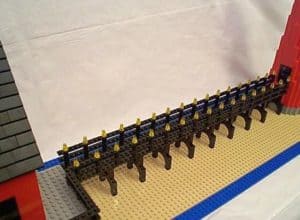 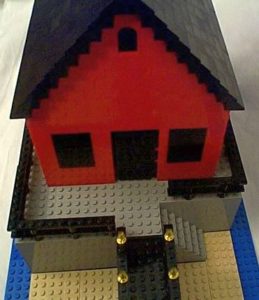