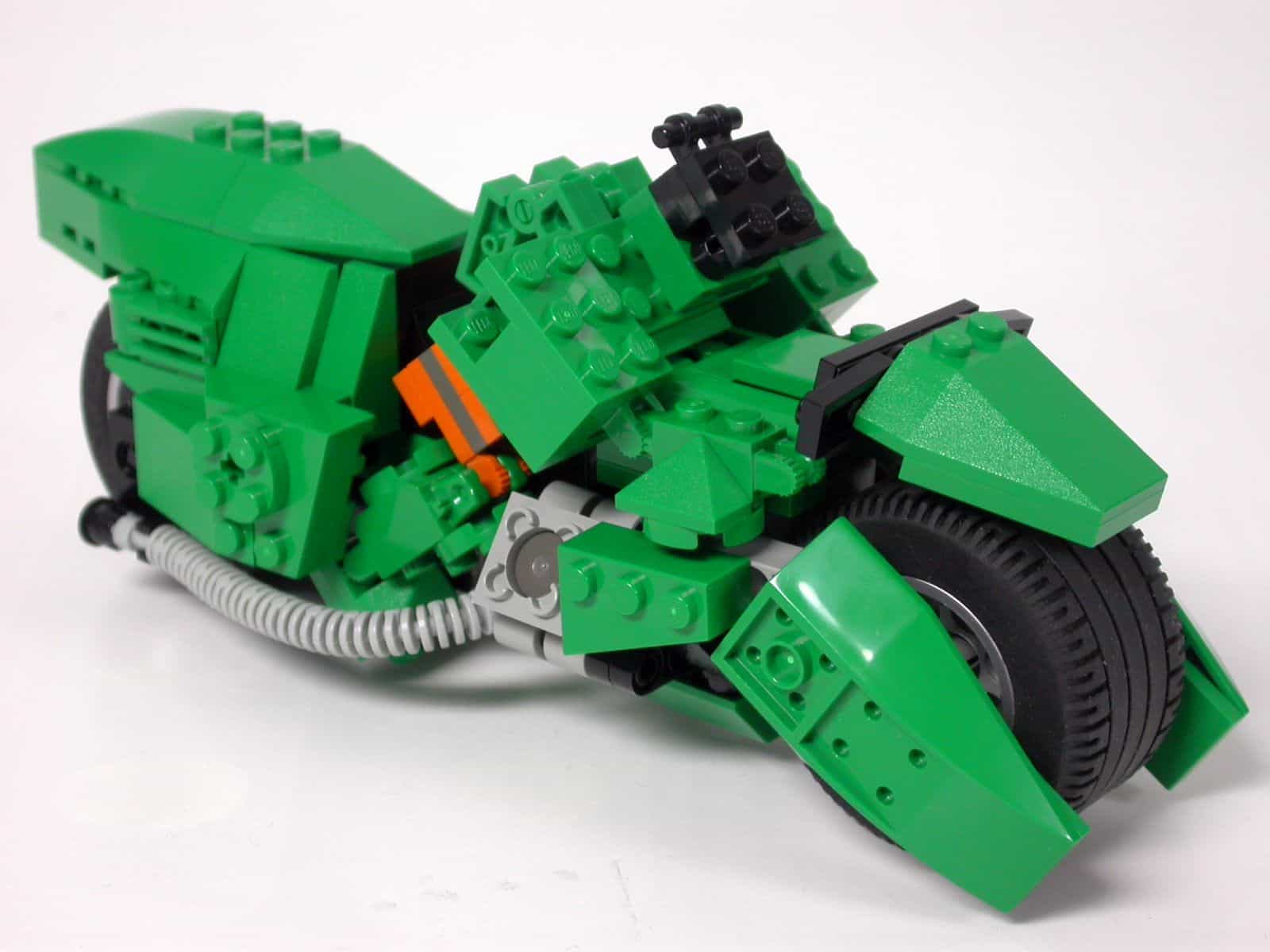 Sure, everybody thinks that the Hulk is just a big dumb brute, but what people don’t realize is that he’s a thoughtful and intelligent competitor. Sure, he can’t tear apart a fusion reactor and rebuild it in 20 minutes (okay, he CAN tear it apart, but it won’t be going back together any time soon), but a standard internal combustion engine? Of course. It just might have to be a little bigger. Okay, a LOT bigger. Hulk decided to take his mechanic skills and enter the Turbocycle Racing League. Unfortunately, nobody’s been able to figure out what the bike is actually called, since all he ever says is “HULK SMASH”, “HULK GO FAST”, and “RRAAAAAAAARRRRGGHHH!!!!”. Like him, though, it is big, powerful and muscular. While by no means the fastest, the fact that it is by far the largest turbocycle in the league acts as a huge intimidation factor for the other drivers. You don’t want to be in front of those huge wheels when he gets going.

I can’t take credit for creating the Hulk figure, that credit belongs to Andrew Saada. I decided after checking out that nifty model that what would be really fun would be to build a really big turbocycle for the big green lug. I designed it as best I could to look like modern sport bikes, with just a little bit of futuristic styling. Fortunately, since the Hulk model is quite a bit larger than a minifig, there was plenty of space to work with. The Hulk Cycle ended up roughly twice as large as any of my other cycles 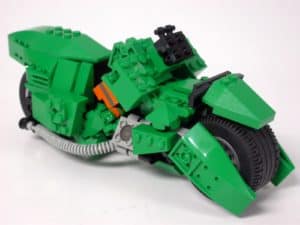 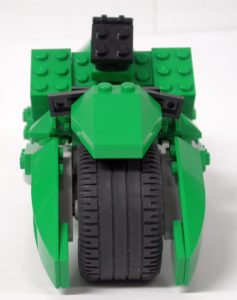 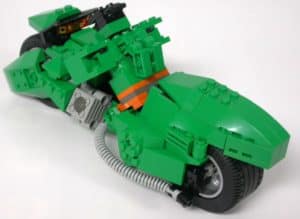 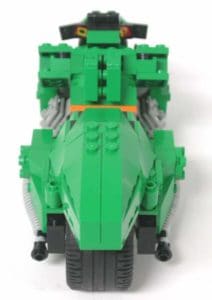 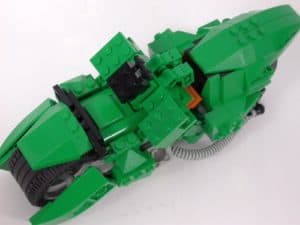 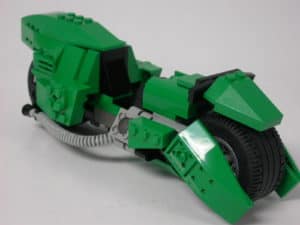 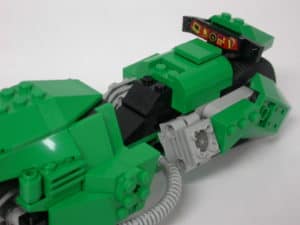 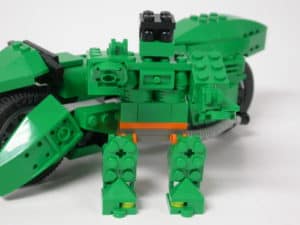