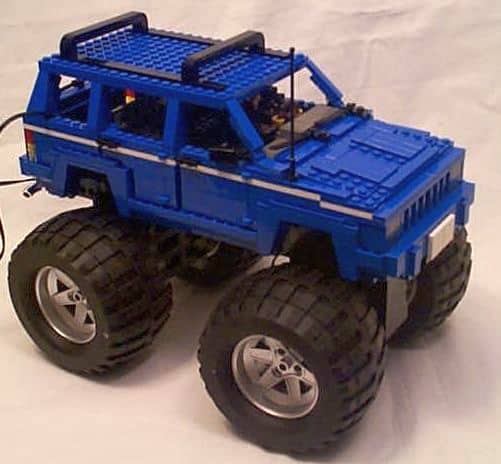 At one of our local LEGO club meetings, Bram and I were looking to build something interesting. I wanted to see his skills at building vehicles, so we chose to do a model of my 1997 Jeep Cherokee. It ended up being 14 studs wide, which conveniently enough, is almost exactly technic figure scale.

Our goal was to pack as many details as we could into this small package. Of course it would have opening doors, hood, and rear hatch. It also has two motors. A standard geared 9V motor drives the rear wheels, and a micromotor controls the front steering. As a technic model, it’s pretty limited, but as a Model Team model, it’s packed with details. Aside from the motorization, the model features a fully detailed interior with instruments, seats, rear view mirrors, and a center console. The exterior features lights in all the right places, windshield wipers on front and back, a tow hitch, and door handles. The first version of this vehicle was posted on Bram’s page. This second version has a strengthed front bumper, and has been jacked up to fit larger tires. It also features a redesigned steering mechanism and cosmetic shock absorbers.

The most difficult challenge in building this model were getting the front grille right, and also keeping the bumpers and wheel arches slightly offset without sacrificing structural integrity. This was accomplished by using lots of SNOT (Studs Not On Top) building techniques on the front end. In fact, the side trim and wheel arches are mounted upside down, and have a 2/5 stud offset from the 14 wide main body.

Fitting the motors to power the rear wheels and steering mechanism proved to be much easier than they would normally be in building a car this small. The chassis had to be raised in order to fit the balloon tires on (Lego doesn’t make wheels of the right size to look good on this model without doing so). Because of this, there was plenty of room on the undercarriage to fit the mechanisms. Otherwise, the only real challenge in this model was to get it finished in one day, which we did. It took just over 9 hours to build and photograph it. 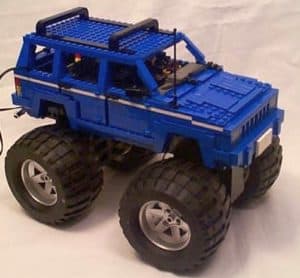 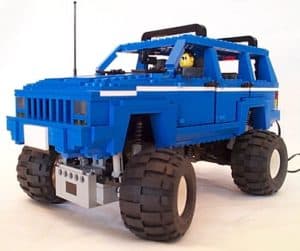 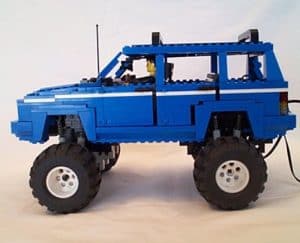 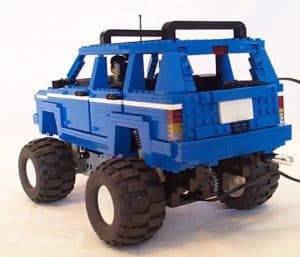 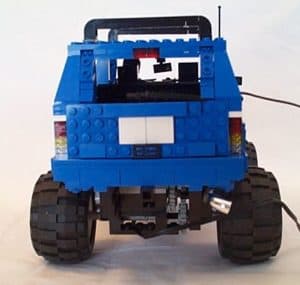 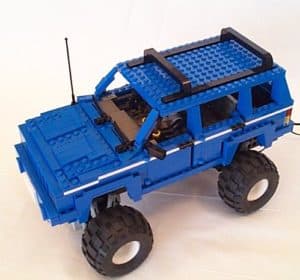 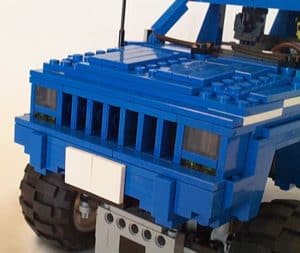 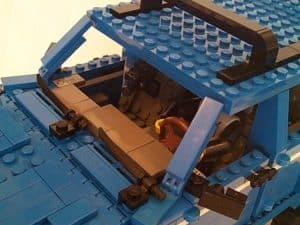 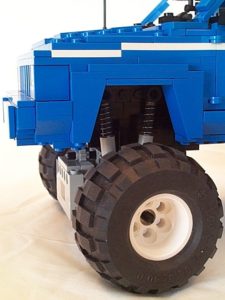 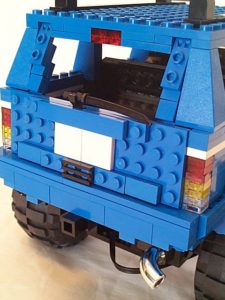 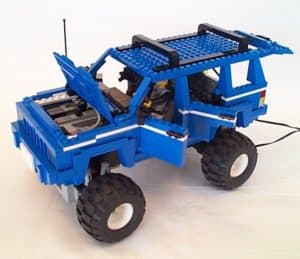 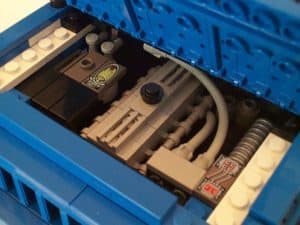 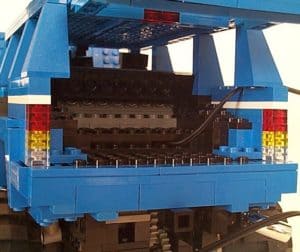 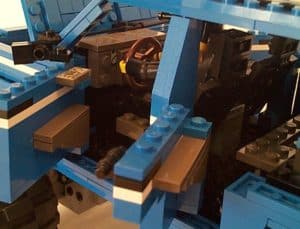 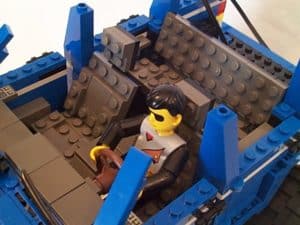