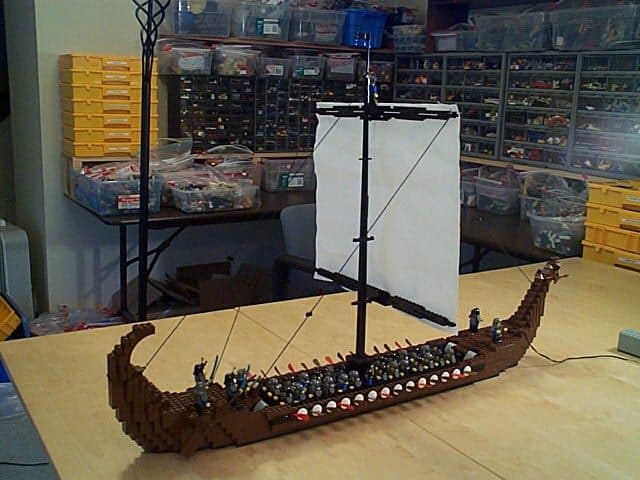 The Katana is Mitsuo Kobayashi’s ship, built in the style of a Viking Longship. Mitsuo uses this ship to cruise the waters of Castle World. It has enchanted cargo holds that allow it to hold much more than would appear from the outside. It also has enchanted sails, which Mitsuo can use at any time to always have wind in the sails. The ship has a crew of 28 oarsmen, one man at the rudder, a cadence drummer, three lookouts, Mitsuo, and his son Kenji. The Katana is the flagship of the Stone Dragon Clan.

While I was attending Brickfest 2001, I marveled at all the magnificent castle and pirate creations.  I chose to make a Viking longship, but set in a world where the Japanese had developed that style of shipbuilding.

This has a motorized rowing mechanism where all 28 oars row in unison.  The ship is 14 studs wide at its widest point, and is 108 studs (33 inches) long. The sail is not Lego, but is in fact cross-stitch canvas. 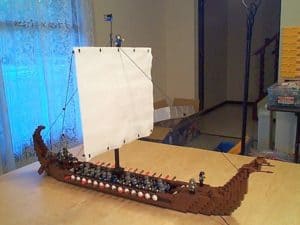 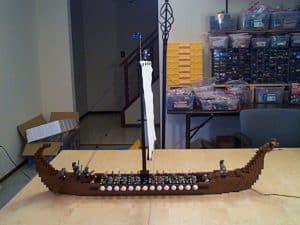 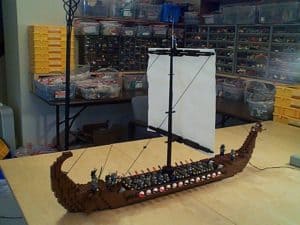 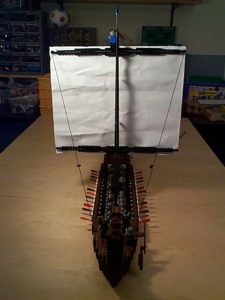 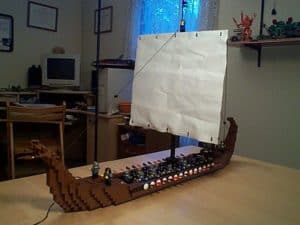 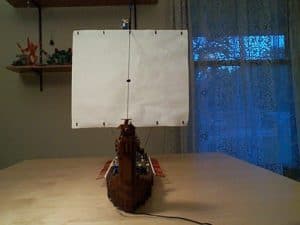 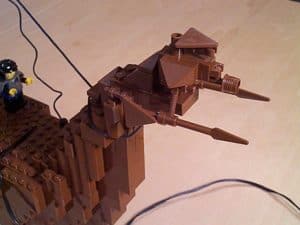 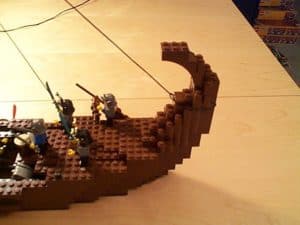 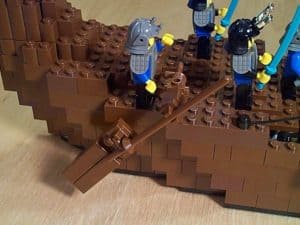 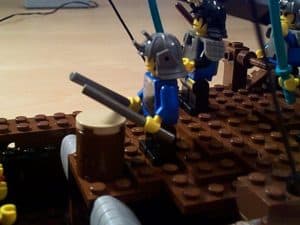 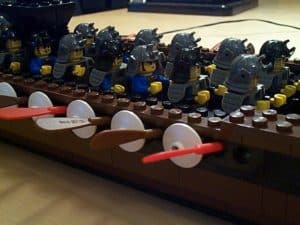 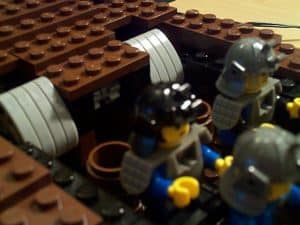 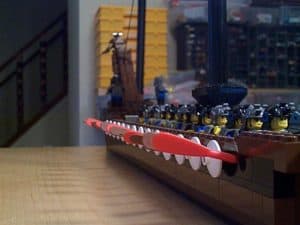 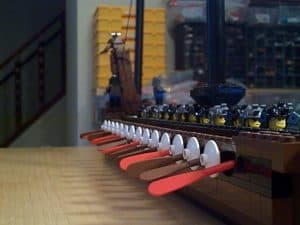 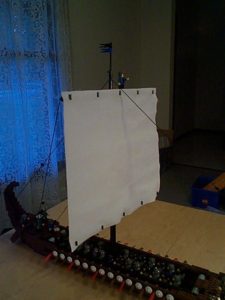 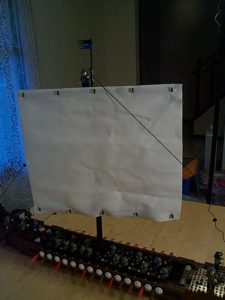 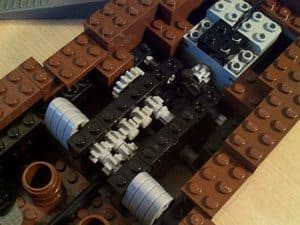 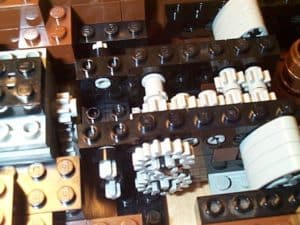