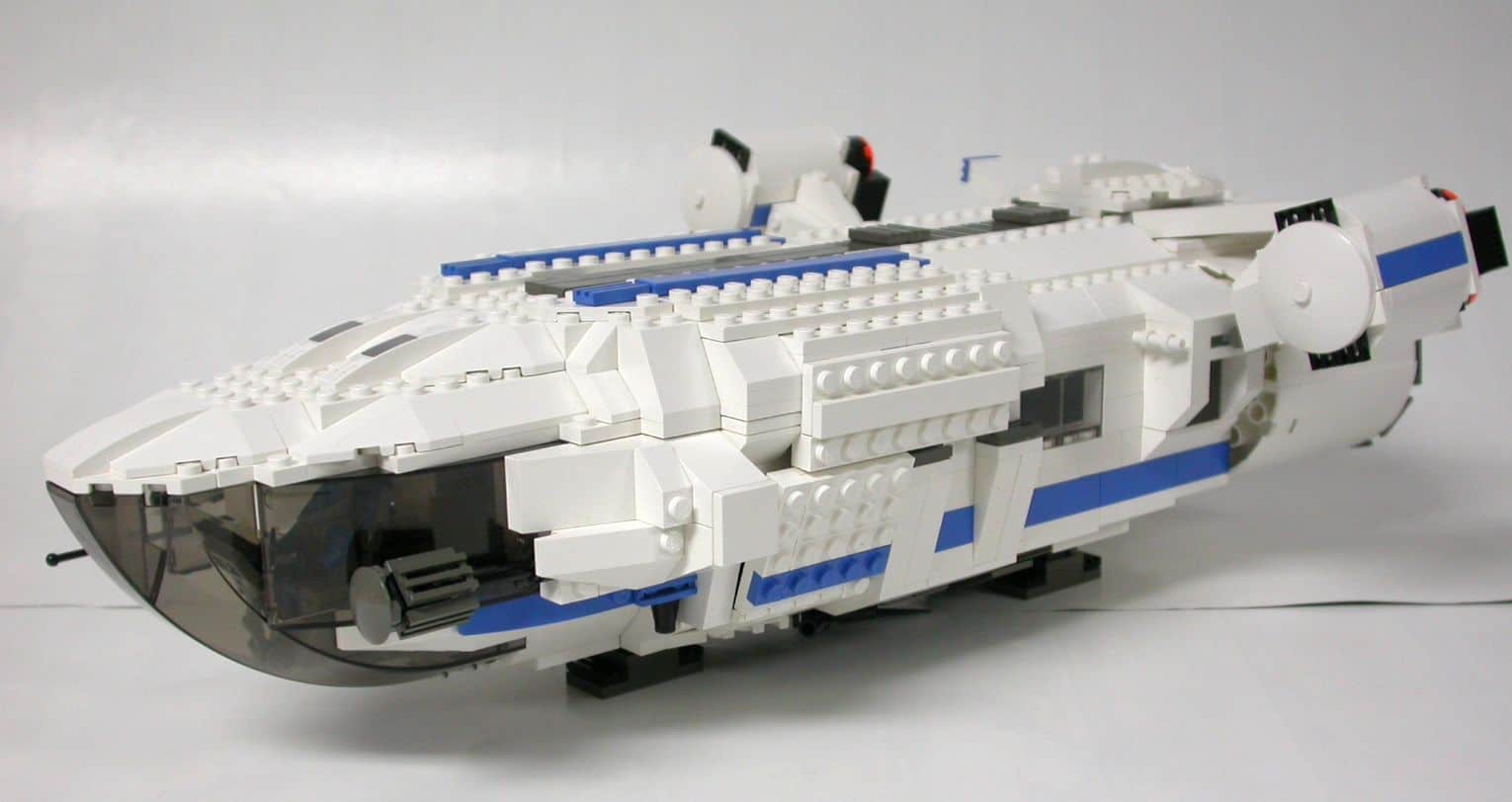 The Paul Dirac, named for the mathematician and physicist who in 1928 conjectured the existance of antimatter, is the dropship and shuttle for the Tribunal and fits entirely within the larger ship’s shuttle bay. It is designed to land on planets and other interstellar bodies for scientific missions. The shuttle carries three crew members, a pilot and two research scientists. She also carries with her a two man planetary rover, two unmanned land rovers, and two unmanned aerial probes.

The ship has 6 thrusters aft on either side of the rover door, and 4 thrusters in two outboard mounted rotating VTOL pods. There is an entry hatch on the starboard side, two side doors for each of the rovers, and two gull-wing doors for the aerial probes. The pilot has a panoramic view in front of and below him for landing on difficult terrain.

This ship was built before the Tribunal, so I knew how big to make the shuttle bay for the big ship. Overall it is 48 studs long. 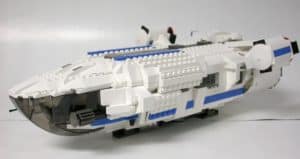 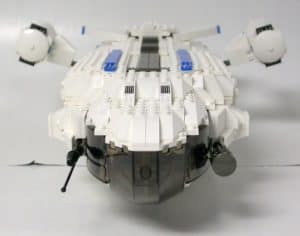 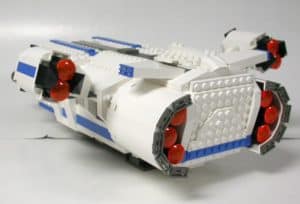 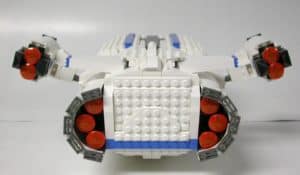 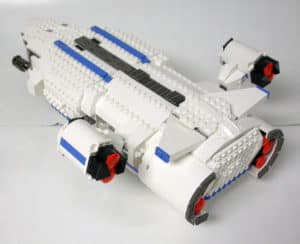 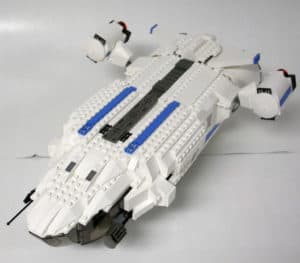 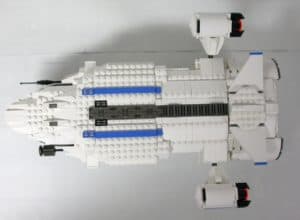 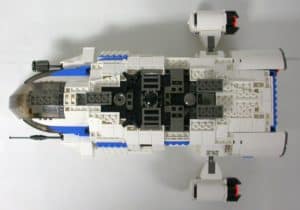 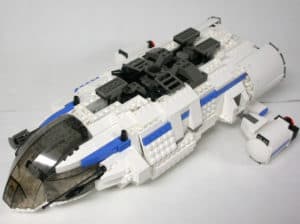 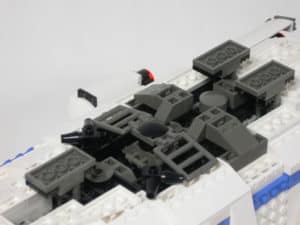 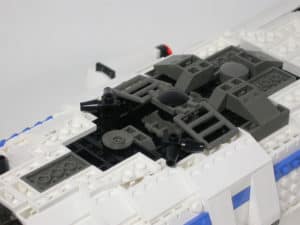 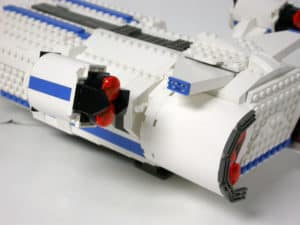 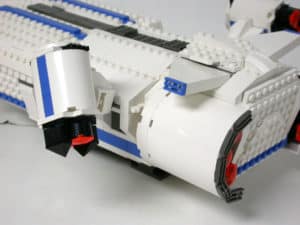 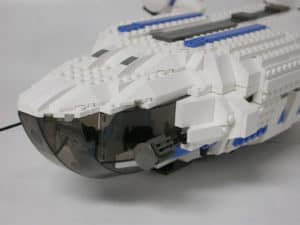 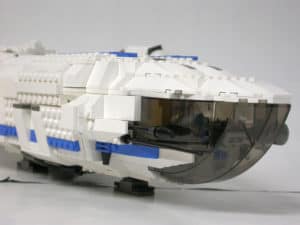 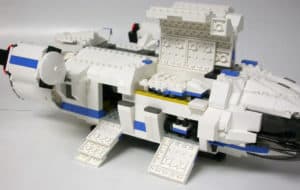 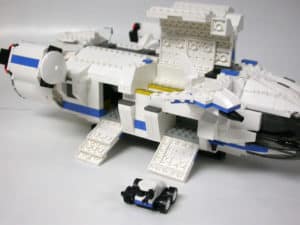 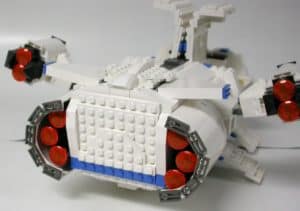 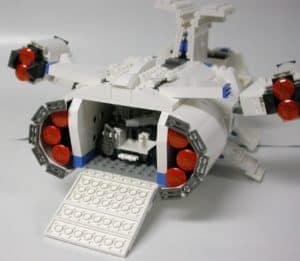 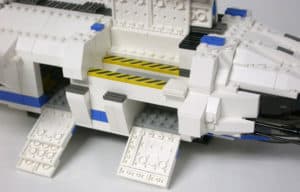 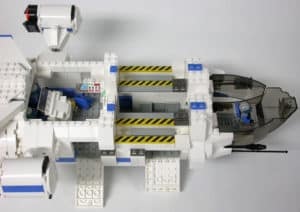 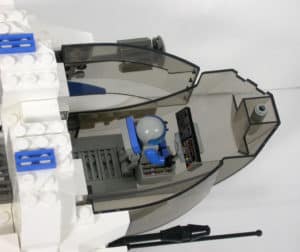 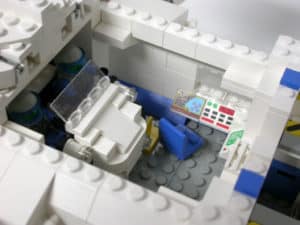 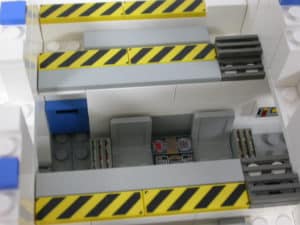 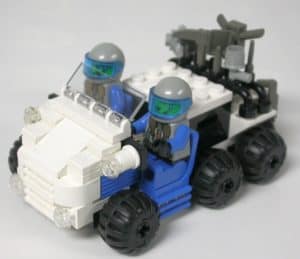 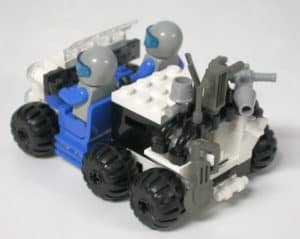 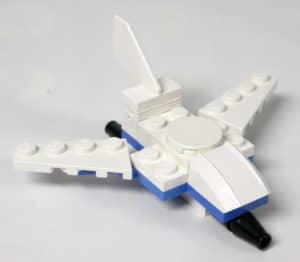 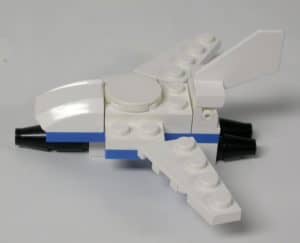 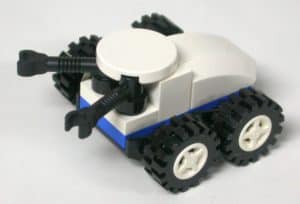