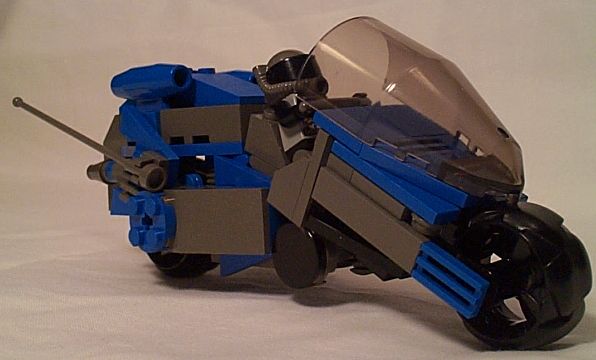 Among the more successful racers in the League is Rasputin Kayovski. His blue and gray racer is the envy of many competitors in the league. It’s believed that Rasputin has cybernetic implants that enhance his reflexes by tying his neural system directly into the bike’s electronics. The bike itself is obviously very fast and powerful. It has a Illiavitch I-T661 microfusion powerplant that drives both wheels. An internal gyroscopic system helps keep the large machine properly balanced in turns. Unlike some other bikes, Rasputin’s doesn’t have any weaponry on board. Some bikes are equipped with offensive and defensive weapons, but Rasputin relies on his skill alone to win.

The Rasputin is the first of a series of vehicles I call Turbocycles, which were intended to be a wide ranging multi-builder theme of racing vehicles. 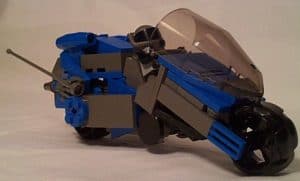 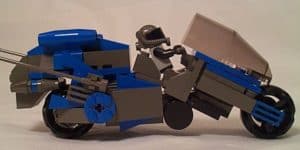 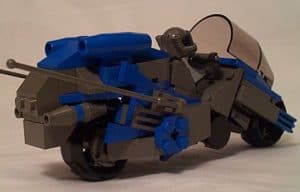 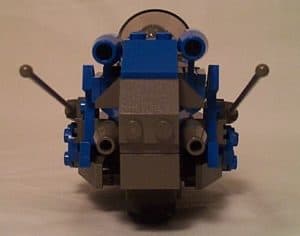 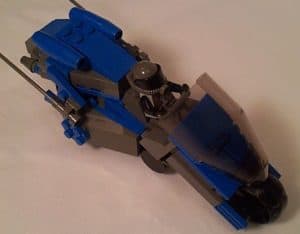 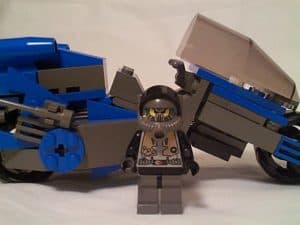