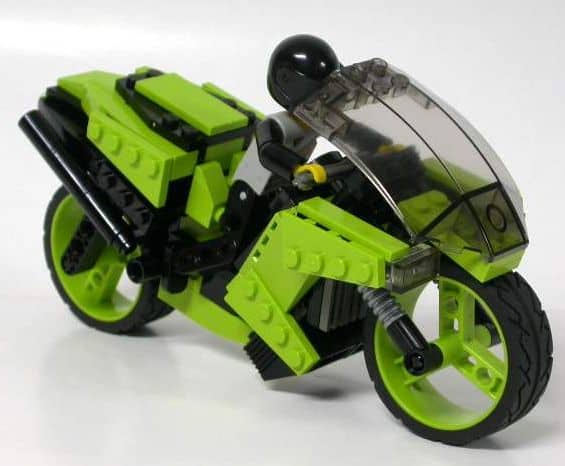 The giants of the Anvilo world tend towards the old and traditional designs. The Samurai is one of the most popular bike designs on Anvilo. It’s based on the form of late 20th century Earth Sportbike design, though scaled up to accommodate the much larger body sizes of the Anvilars.

My goal with this bike was to make the most realistic looking modern sport bike that I could and hold somewhat closely to technic fig scale. This is also the first turbocycle that I built that actually has steering. 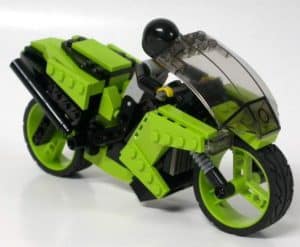 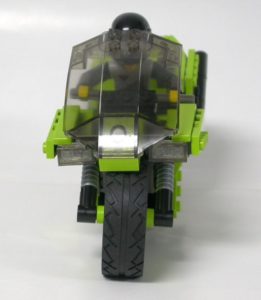 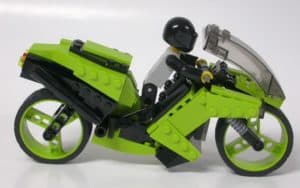 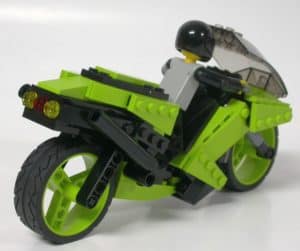 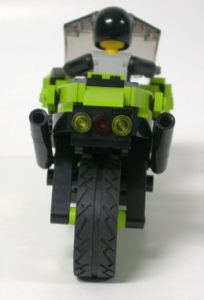 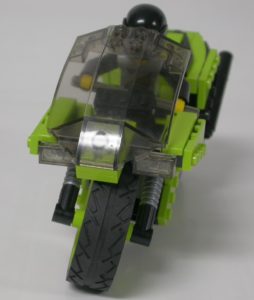 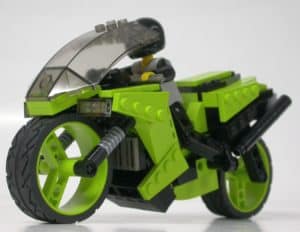 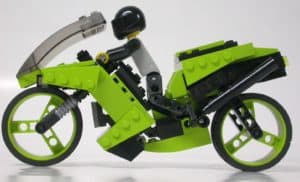 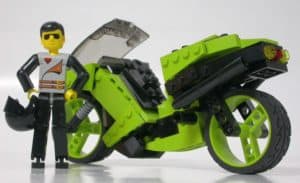