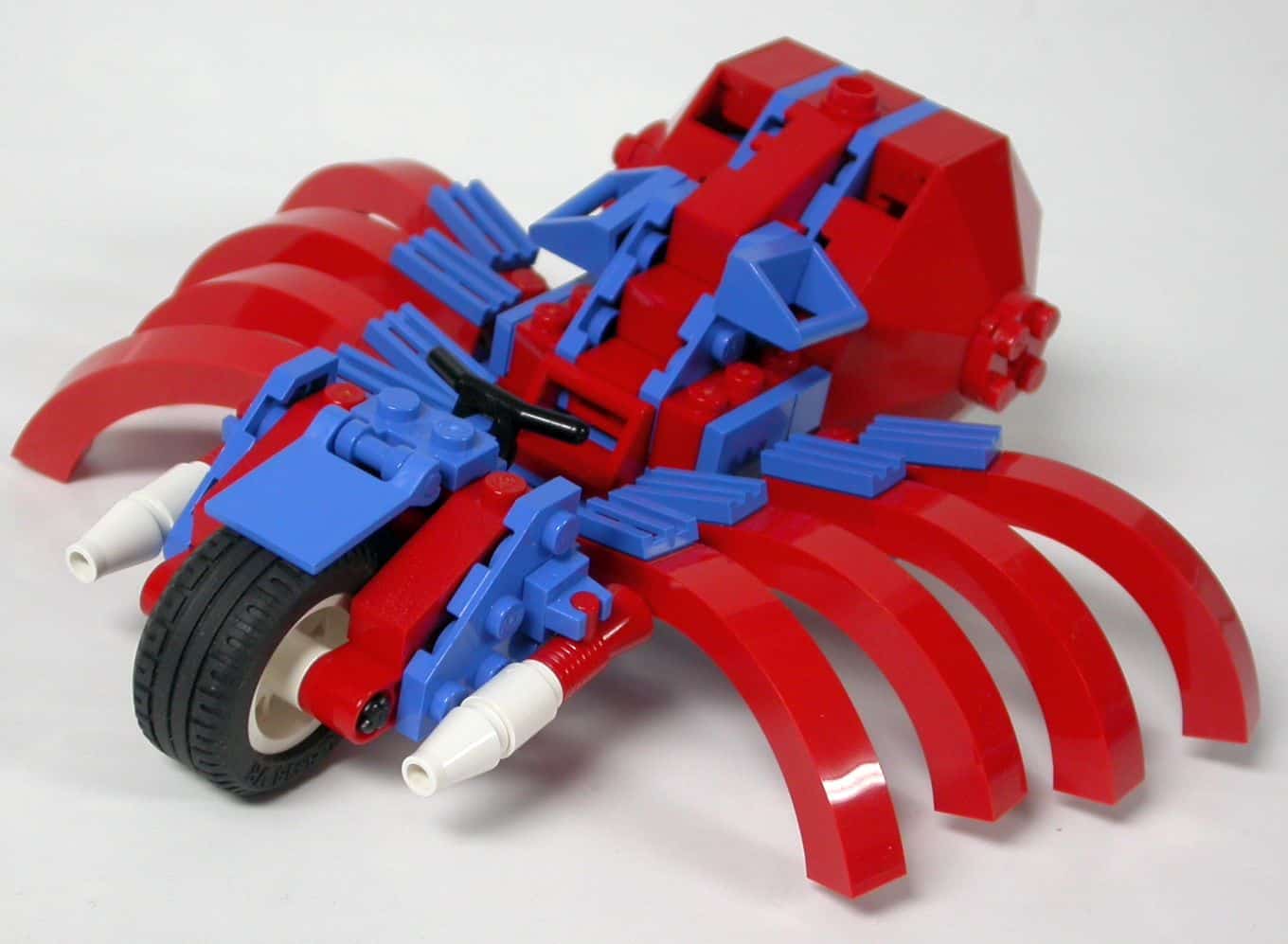 Turbocycle racing attracts some odd characters. One of the oddest is the pilot who calls himself Spiderman, after the late 20th century/early 21st century character. He built an arachnid-based turbocycle to compete in the league, and even dresses up as the Spiderman of old when he races.

The bike itself has the remarkable ability to drive on almost any surface at almost any angle. It’s believed that there are gravity manipulating pods on the ends of each leg, which allow the bike to stick on just about any surface. There are also a pair of web shooters mounted on the front, which Spiderman can use to ensnare other turbocycles or pull himself over obstacles. It’s colorful characters like this that really make the Turbocycle League fun for the spectators! 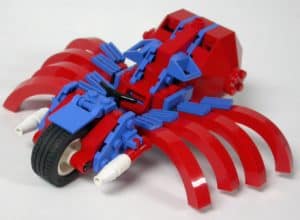 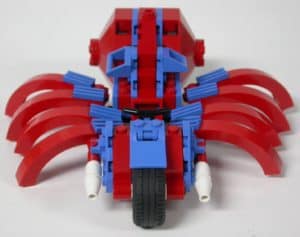 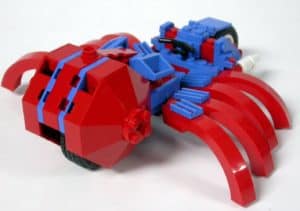 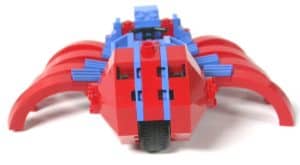 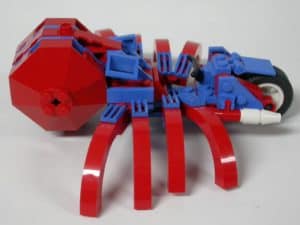 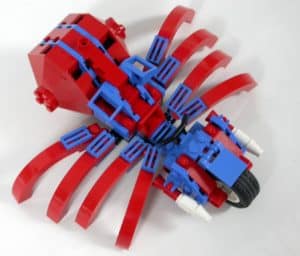