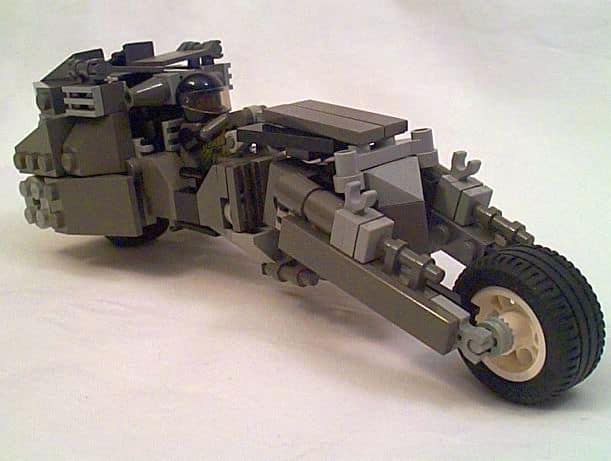 Bob is an unusual character. He is cyborg from an unknown planet, and nobody knows his name. That’s why people call him Bob. Bob builds some amazing vehicles, and he decided to enter the Turbocycle League with his amazing creation, the Vertigo. Not content to build just a regular old turbocycle, Bob built one with a special twist. Whenever it tickles his fancy, he can transform it into Mecha mode and really pester the competition.

The genesis for this machine came from a discussion with Chris Maddison regarding transforming turbocycles. I decided to take up the effort after he’d mentioned he might give it a try.  This is the first of many transforming vehicles I have built. 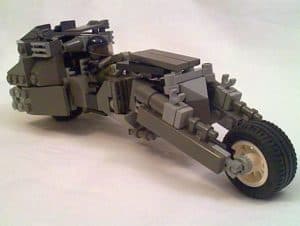 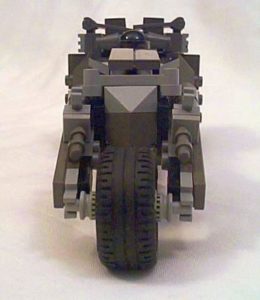 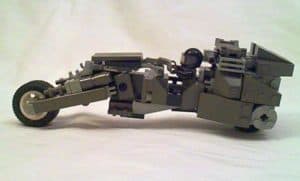 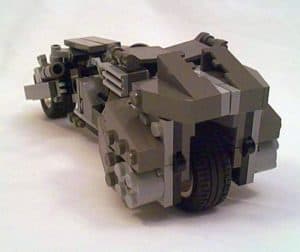 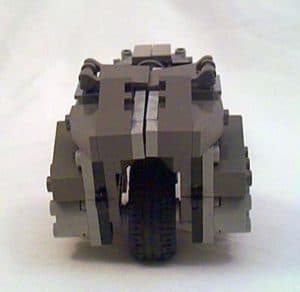 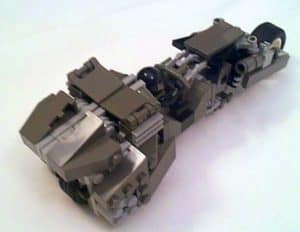 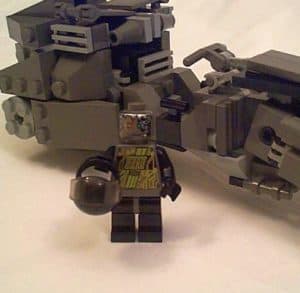 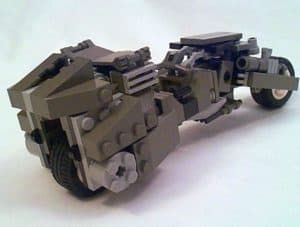 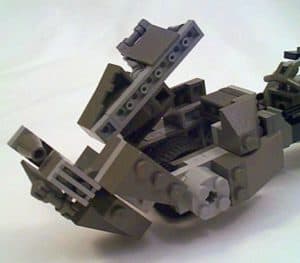 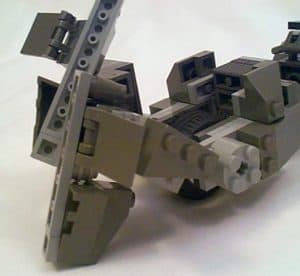 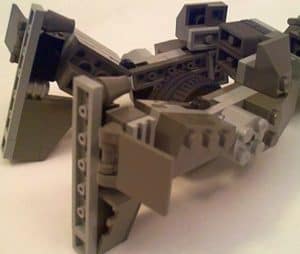 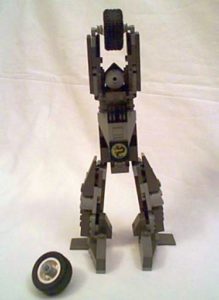 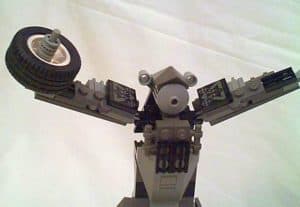 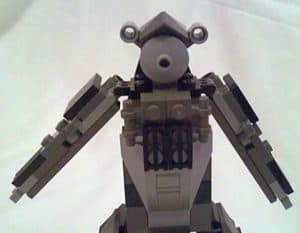 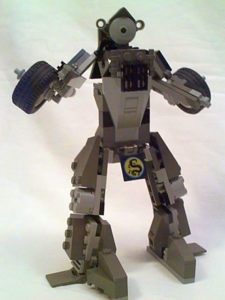