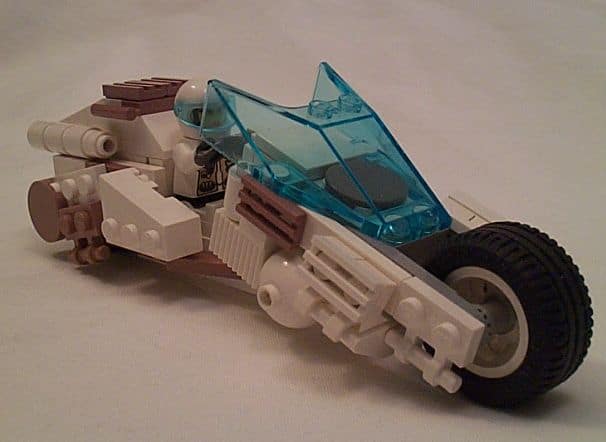 Jeren Katarin and his sister Maya both compete in the Turbocycle League. Maya’s cycle is named the Blizzard. The Blizzard, like its sibling-bike the Firebrand, is small and nimble. It’s built much lower to the ground, so Maya has to be careful when negotiating rough terrain. The Blizzard is powered by the same crystal ion engine in the Firebrand. Together, Maya and Jeren Katarin are an imposing force on the TL circuit. 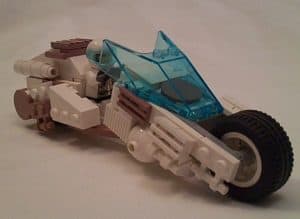 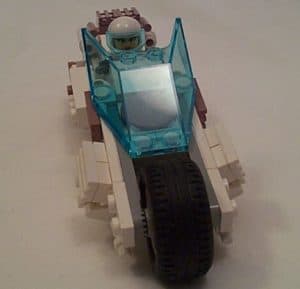 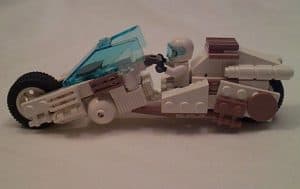 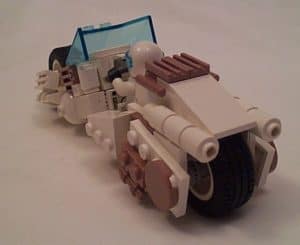 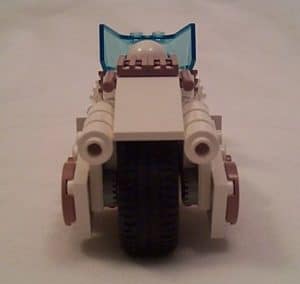 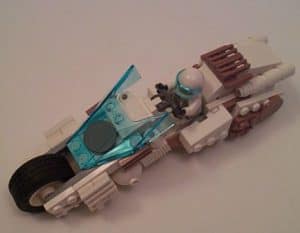 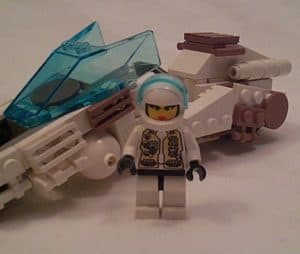