Globe of the Earth 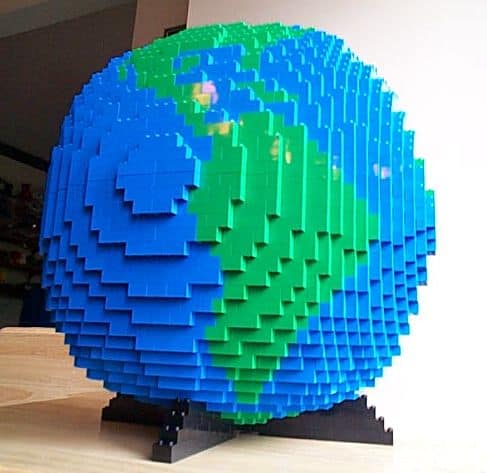 I was requested by a friend to build something nify for Earth Day, April 22, 2001. Of course she asked me to do this on April 21st. So, I had 24 hours to build something. I decided to build a globe. I made mine 48 bricks across and 40 bricks tall, and uses green land on blue water.

My model for this was a series of slides from a NASA presentation of the topology of earth, presented from various different angles. Printed out to the right scale, it was just a matter of measuring the features and building land masses. It is not quite as spherical as I had hoped, but it was a 24 hour build so it was acceptable for that.

The globe is hollow, with a wall thickness that averages 4 bricks. It’s supported in the middle by a cross brace built of 1×4’s and 2×2’s. It was built in two halves and then squished together. 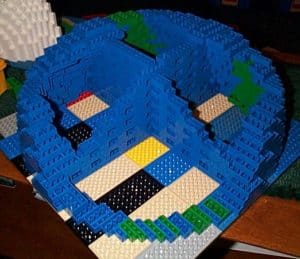 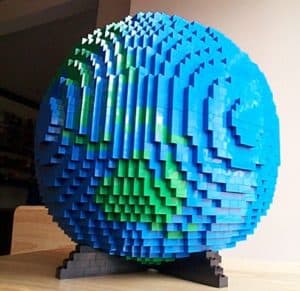 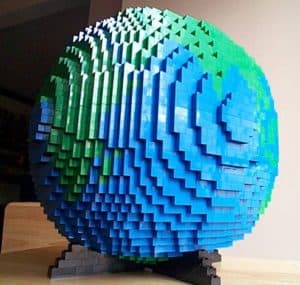 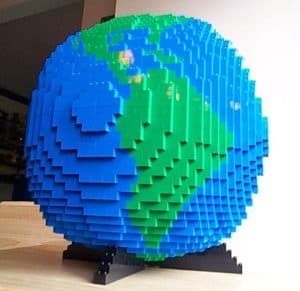 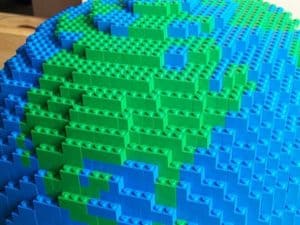 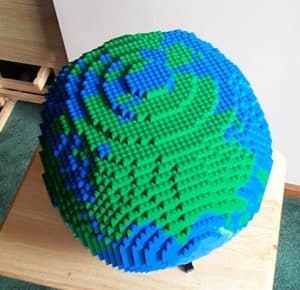 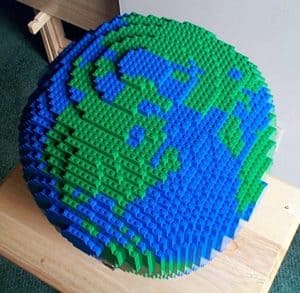 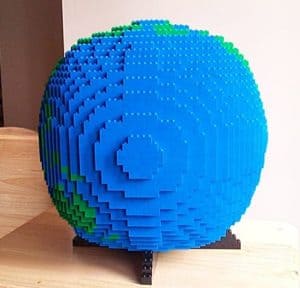 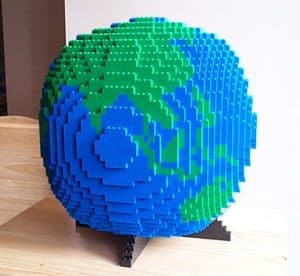 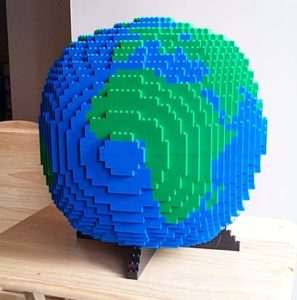 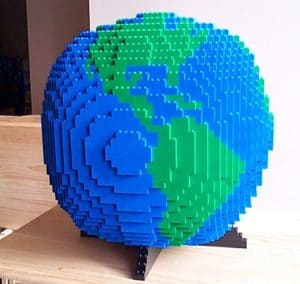