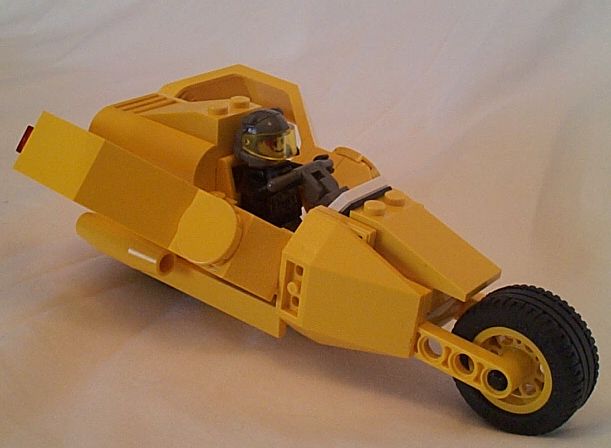 The Helios is one of the more unusual Turbocycle designs in the league. Originally built as a waterbike by the Krell Civilization, Tyler Cairncross took to modifying it to use himself. (It must be something in the Cairncross Blood. His sister Alexandra did the same thing with a Calamari Patrol Cruiser.) He used a Krell machine because of their fascination with the color yellow, and as any racer knows, Yellow is the fastest color. The Gyaxx II Fusion Thruster is an incredibly fickle beast to work with, and when Tyler’s able to get this one to work, it performs amazingly. Unfortunately for him, though, his bike frequently sits on the starting line when everyone takes off. Luckily, Tyler doesn’t mind, as he’s just in the Turbocycle League for the spectacle and thrill of being there. 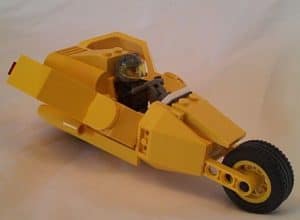 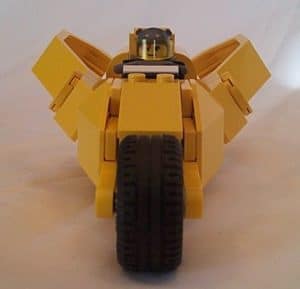 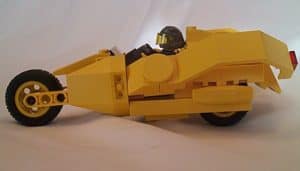 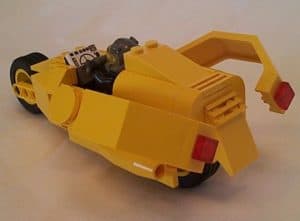 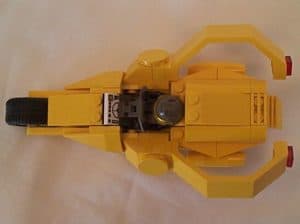 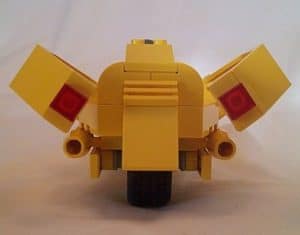 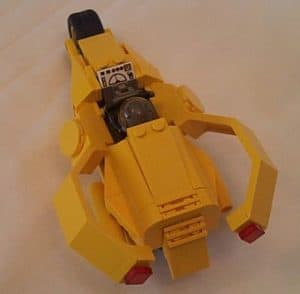 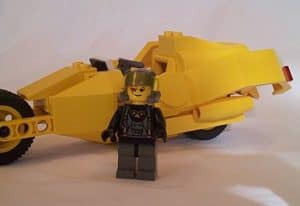