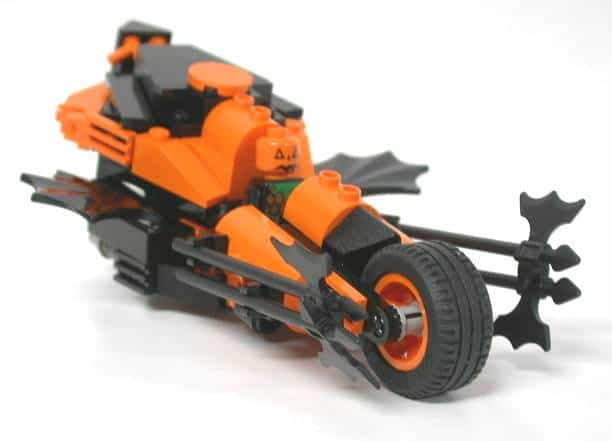 Occasionally (okay, very frequently), some rather oddball characters join the Turbocycle League. That’s the case with Reginald Dilferson, who has an unhealthy interest in Halloween. He calls himself Jack O’ Lantern, and has dubbed his bike the same thing. He also went so far as to create a skin-tight carbarillium helmet that makes it look like he has a pumpkin head.

The Jack O’Lantern turbocycle is equipped with four razor-sharp battle axes that can tear apart any bike unfortunate enough to get in the way. Nothing is more dangerous than an unstable pilot with a high performance bike.

At Brickswest 2003, Dave Johann obtained a pair of orange hubbed technic wheels from Legoland’s maniac shop (I think). These have not, as far as I know, ever been released in a set. I expressed interest in building a turbocycle around these wheels, so he gave them to me, and the Jack O’ Lantern is the result. I realized that with orange, a pumpkin themed bike was perfect. 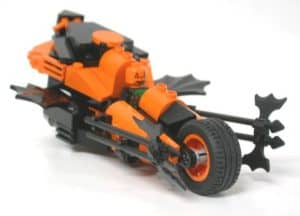 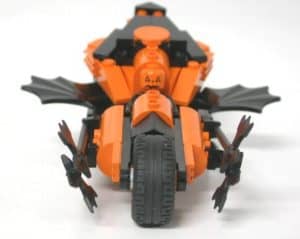 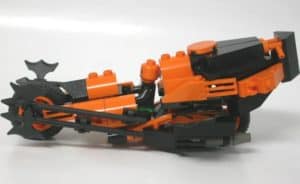 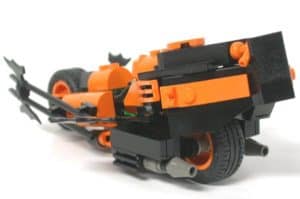 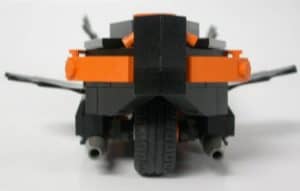 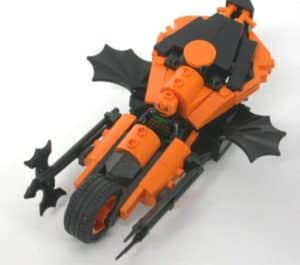 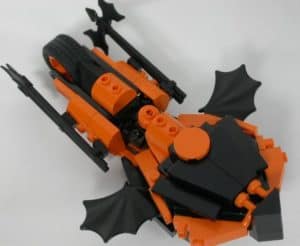 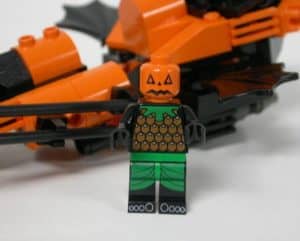