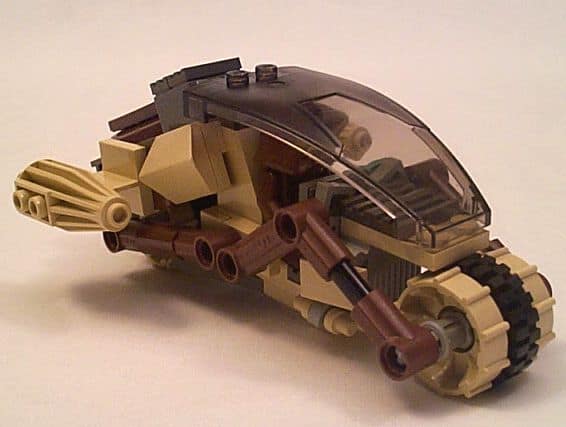 Frequently, the Turbocycle League swings through some pretty backwards planets during the season. This is usually because the Space Police won’t be able to track the League as easily if it stays out of the way. Sometimes, however, it’s due to the extraordinary terrain of some of the planets. Taiaphus is one such planet. The terrain there is rough, rocky, and filled with remarkable mountain ranges. This adds a great difficulty to the racers that are used to smooth roads.

Kryllen T’Loria was born in these rugged mountains, and knows very well how to deal with the difficult Taiaphan terrain. His turbocycle, Sierra Lobo, is uniquely suited to work its way up and down the hills. It features specially designed tires with tread in the center and gripping traction plates on the outer edges. It also has a fully enclosed cockpit to protect Kryllen from rockslides and rollovers. A pair of side mounted pods house the engines as well as two blaster cannons that can be used to destroy boulders (or other drivers) who are in the way. 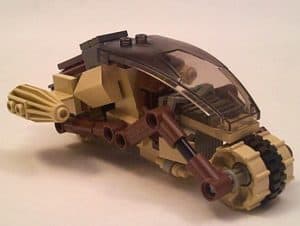 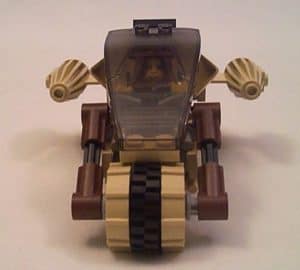 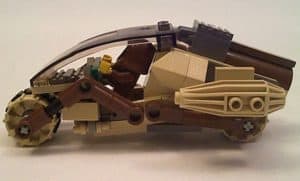 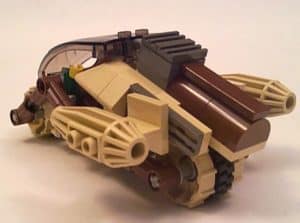 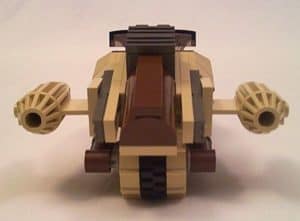 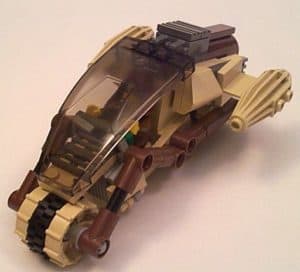 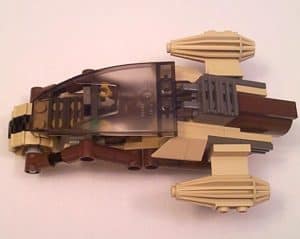 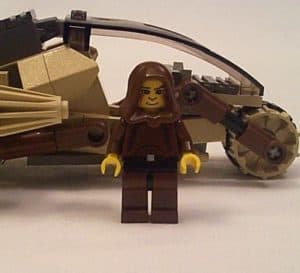