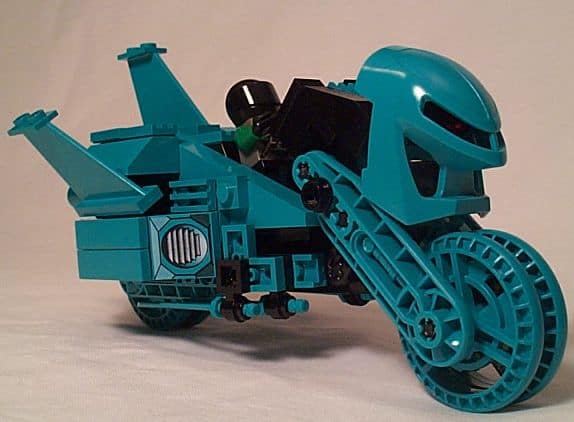 Thraxus Envolyan built the Thanatos Turbocycle to compete in the Turbocycle League. With its face-like front end and teal color scheme, the Thanatos is there to remind everyone that Thraxus is big, bad, and ready to go. The Thanatos is one of the largest vehicles in the League, and Thraxus abuses that fact to the fullest of his abilities, and when size doesn’t get the job done, he can deploy four incredibly sharp blades from the underside of his cycle to slice the his opponents’ bikes to ribbons. 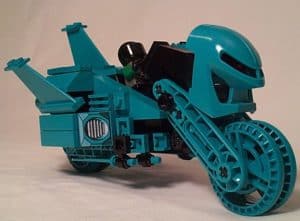 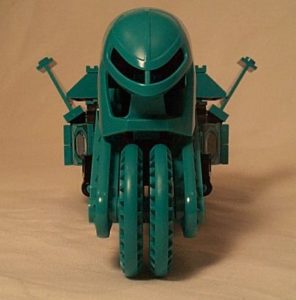 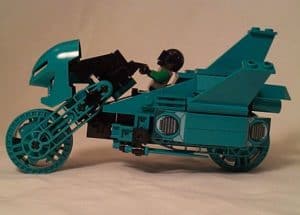 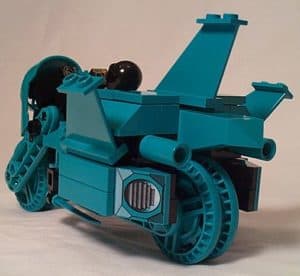 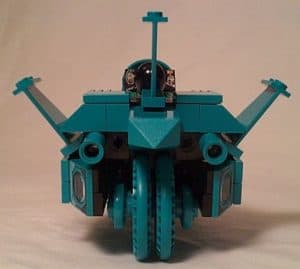 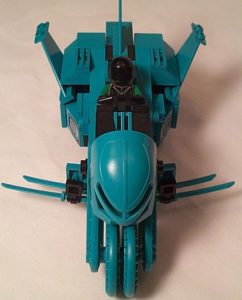 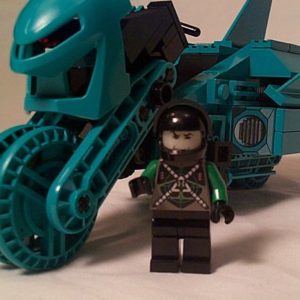