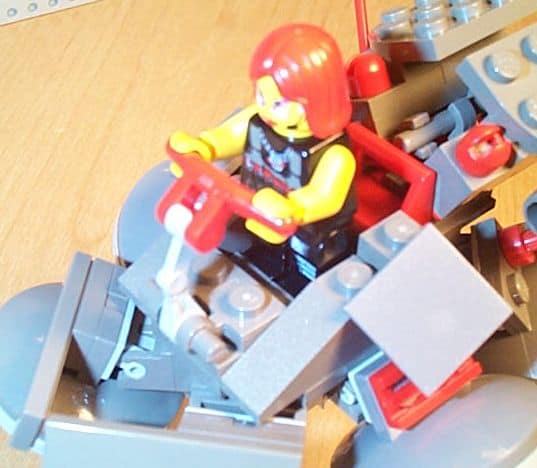 Some customers have begun to wonder if all HoverTech Industries builds are enormously powerful hovercycles like the Raptor. For them, we proudly introduce the Tornado, a much smaller and more maneuverable vehicle. It may seem like a departure from the norm for HoverTech, but we listen to our customers. It can still be identified as a HoverTech product by the distinctive 6 pod matrix that makes up our LiftJet system. These particular models are the CHX-5101 LiftJets, which provide plenty of lift to keep this craft going. Two CFX-405 ThrustJets provide the power. The Tornado can be set to either low or high hover mode. In low hover mode, the Tornado hugs the ground at a height of only 3 feet. It has very similar performance characteristics to the Jetskis from the late 20th century. It can even be ridden standing up or sitting down. In high mode, the Tornado can be flown to heights of over 1000 feet, though we don’t recommend you go that high without a parachute or jetpack.

The tornado was built for Paul Hartzog’s HoverThing Contest. It took about 4 hours to design and build. The HoverJet layout was inspired by the Nebuchadnezzar hover ship from The Matrix, as well as many of the other great hovercycle designs out there in the Lugnet Community. It measures 13 studs long and 10 studs wide. Thanks to Kyle Keppler for the idea to use the 4×4 radar dishes. 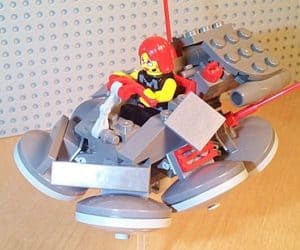 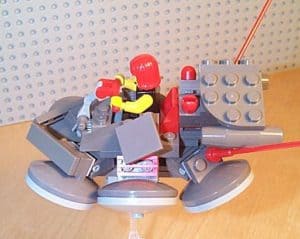 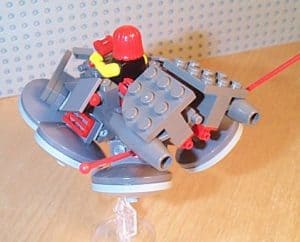 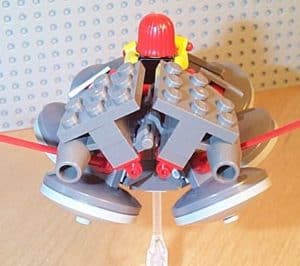 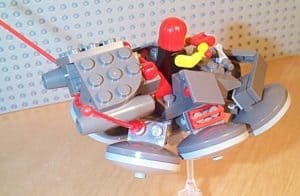 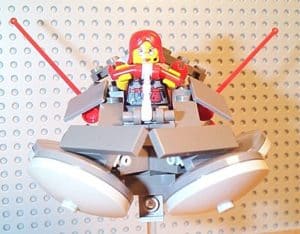 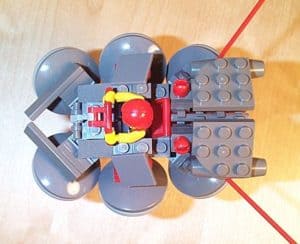 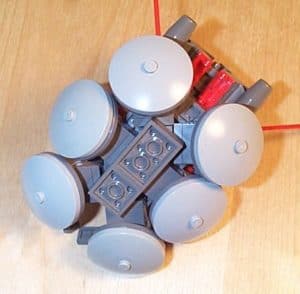 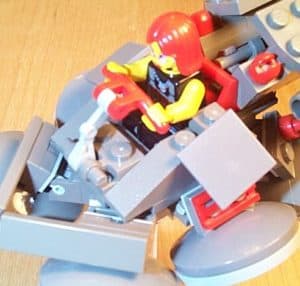 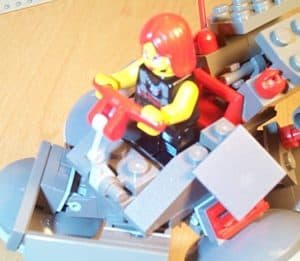